NIOA and Day & Zimmermann have strengthened their partnership in support of the Australian Defence Force (ADF) with a new three-year Memorandum of Understanding.

The new arrangement will strengthen and extend the current MOU and collaborative arrangements that aid the growth of sovereign munitions capability in Australia.

The partnership between NIOA and Day & Zimmermann includes a four-year supply program of 81mm HE and practice mortar ammunition for the ADF as well as the opportunity to provide other Day & Zimmermann munitions products suitable for export to Australia.

“As a 100 per cent Australian company, we are committed to developing true sovereign capability for the benefit of the Australian warfighter,” NIOA Chief Executive Officer, Mr Robert Nioa, said. “Taking this latest step in our partnership with Day & Zimmermann further strengthens that commitment.”

NIOA and Day & Zimmermann continue to explore several opportunities to better support the Australian warfighter through the companies’ expertise and collaboration.

Michael H. Yoh, President of Day & Zimmermann Munitions and Government said, “We look forward to continuing to work with NIOA in meeting the ammunition requirements for the Australian Defence Forces. Day & Zimmermann’s core competencies in the design and production of ammunition coupled with our many years of operating ammunition plants for the US Army makes us a great partner in complementing NIOA in Australia. We are excited about this continued partnership and look forward to many more years of collaboration with the NIOA team.”

Day & Zimmermann is a leading provider of ammunition to the US Armed Forces and allied nations, and a market innovator in the development of next generation munitions production capabilities around the globe. Their expertise includes mortar ammunition, artillery ammunition, tank ammunition, grenades, 40mm ammunition and breaching charges.

Established in 1973, NIOA is Australia’s largest privately-owned company supplying weapons, ammunition and technical support to military, law enforcement and commercial markets. NIOA in conjunction with a joint-venture partner Rheinmetall Waffe Munitions is completing an artillery shell forging plant in Maryborough QLD and was recently selected as Prime Contractor for stage 1 of tranche 1 of the LAND 159 Lethality Systems Project. 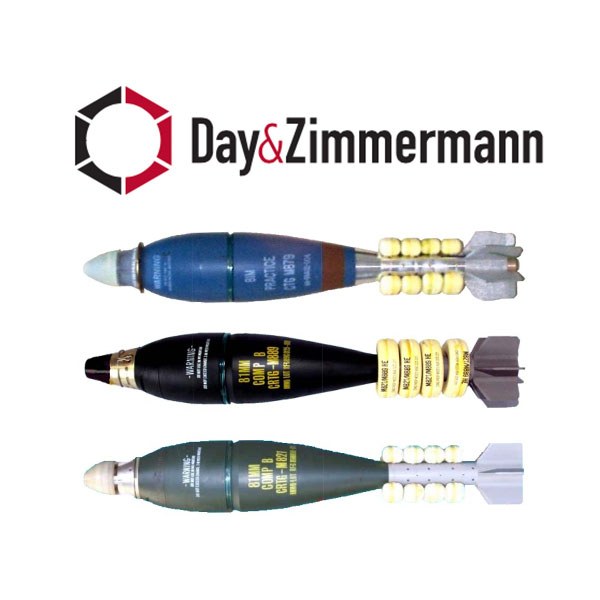