Sam Brugliera joins NIOA as a Senior Engineer based in Melbourne. He brings over 27 years of experience working within the defence sector. He has previously worked in Australian Defence Organisations, including Proof and Experimental, Land Engineering Agency and CASG.  He has also worked for Tenix Defence, BAE Systems and Elbit Systems in the private sector.  Sam has worked on significant defence projects, including the Artillery Replacement Project, Nulka Active Missile Decoy and the Anti-Ship Missile Defence modification to the ANZAC Ships.

Lyn Adams joins NIOA as a SharePoint Office Administrator 365 Integrator based in Brisbane. Lyn recently concluded an 18-month Office 365 implementation project with Energy Queensland. This involved assisting the business with consolidating and migrating four legacy intranets into Office 365, Teams and SharePoint Online.  Lyn was responsible for the governance and complete migration uplift for 11,000 users, training and change management.

Timothy Ryan joins NIOA as Security Officer based in Brisbane. Tim has extensive experience as an Intelligence analyst within the Australian Army and QLD Police Service and more recently as a Security Specialist with Northrop Grumman Australia, managing DISP accreditation and governance for multiple Defence contracts to ensure compliance with the Defence Security Policy Framework (DSPF) and the Information Security Manual (ISM).

Colin McFarlane joins NIOA as Facility Cleaner at Benalla. He has contract cleaning experience at the Benalla site having worked there as a contractor over the past four years. Colin has past hospitality and bookkeeping experience with qualifications in both. Colin looks forward to upskilling himself at NIOA and growing with the business as it expands at the Benalla site.

Alan Kaye joins NIOA as Capability Engineer at Benalla. He brings 5 years of propellent and explosives manufacturing experience and 12 years from the Oil and Gas industry, where projects and production support were his main areas of focus.

Richard Basladynski joins NIOA as a Senior Engineer. He brings 27 years of experience, from being a soldier in the Defence Force through to working as an Engineer in the Defence and civil firearms sector. He comes to NIOA from Downer where he worked as a Senior Manager working in the Cyber T&E world, but has also worked as a Design, Production and Systems Engineer as well as establishing a Test and Evaluation capability for Thales in the Small Arms, Ordnance and Thermo Electric Optronics fields providing an alternate external Introduction Into Service capability for Defence. He has worked on LAND 125 Ph1-3 (Design to full scale production), civil rifle design, test and manufacture, he has been overseas to Austria to assist in Design Testing on the STM Assault rifle for Steyr Mannlicher as well as running a Small Arms R&D laboratory including conducting terminal ballistics testing for the ADF, SOCOM, State and Federal Law Enforcement Agencies.

Leanne brings 18 years’ experience working with the Pronto ERP system, 7 of those years spent at Pronto Software in Brisbane. Specialising in Payroll, Project Costing and Service Maintenance, Leanne was responsible for supporting and training customers across a wide range of industries, assisting with process improvement and rationalisation of usage throughout the Pronto platform.

Paul Watson joins NIOA as a Store Person.  From 1994 till 2000 Paul was an Assault Pioneer in 41 Royal N.S.W. Regiment in the Australian Army Reserve. During this time, he also performed the role of the Assault Pioneer Storeman. He was also a “Fly In / Fly Out” Miner, working in an Open Cut Iron Ore Mine in the Pilbara region – Western Australia. There he operated various heavy machinery including Dump Trucks and Surface Miners. Until recently he was employed as a Senior Security Officer for a Theme Park on the Gold Coast. Paul also likes Target Shooting, Pistol and Rifle and has been a member of a Rifle Club for around 20 years.

Mark Carleton joins NIOA as Business Manager – Air & Maritime based in Canberra. Mark brings over 23 years of experience working across a variety of roles within the Royal Australian Air Force (RAAF) as an Armament Officer. These roles have spanned acquisition, sustainment and operational employment of Explosive Ordnance (EO), both Guided Weapons and Munitions, which have enabled Mark to develop his technical and management skills across Australia’s Defence Enterprise and also extending to allied Militaries and their respective Defence Industries. More recently, Mark has worked on significant Defence projects and sustainment programs, including Modernised Propellant Facility, Future Artillery Ammunition, Defence EO Stock Surety and re-establishing a comprehensive EO surveillance program. Mark’s broad EO experience culminated as Chief Engineer within Munitions Branch, where he simultaneously exercised all three delegated technical authorities spanning the entire Defence EO inventory. Prior to joining the RAAF, Mark was an experienced process engineer within the sugar manufacturing industry. Mark holds a Bachelor of Chemical Engineering degree from the University of Queensland, a Masters of Aerosystems Engineering from Loughborough University (UK) and is a Fellow and Chartered Professional Engineer within the Chemical Engineer and Leadership and Management Colleges of the Institute of Engineers Australia.

Tassos Bellas joins NIOA as Principal - Commercial and Contracts based in Brisbane. He brings 12 years’ experience from across the defence, resources and financial services sectors. He has previously worked for Boeing Defence Australia, Deloitte and Anglo American. Tassos has worked on key Defence programs such as Classic Hornet and Super Hornet sustainment, C-17 and P-8. 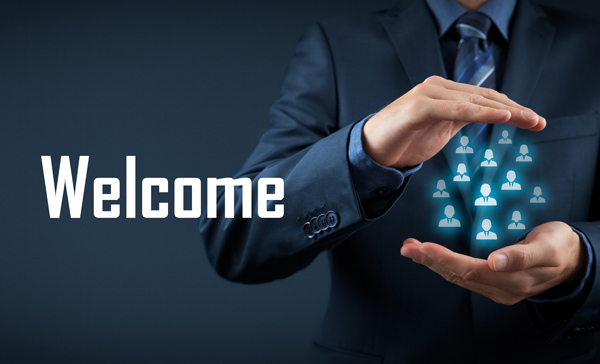