A vision to put Maryborough on the international map as a centre of defence manufacturing excellence has reached a major milestone.

The factory will use state-of-the-art equipment, including a 1200-tonne hot forging press, to produce the world’s most technically advanced 155mm calibre projectiles for the Australian Defence Force as well as export markets.

“We began work in Canberra three years ago on bringing this project to Maryborough, so today our region can share in RNM’s pride to finally see the concept become a reality,” Mr O’Brien said.

“The Rheinmetall NIOA Munitions plant heralds a new chapter for a region that has a strong industrial heritage, creating 100 ongoing jobs and potentially adding more than $100 million in economic output to the Australian economy, including $36 million within the Wide Bay area alone.

“This shows how the Federal Government’s investment in industry is helping to create local jobs and firmly puts Maryborough on the defence industry map, creating a better future for our region.”

Mr Joyce said the project had delivered immediate and long-term jobs for the region.

“The is a shining example of the Federal Government’s Regional Growth Fund doing its job. Boosting confidence, inspiring innovation and creating jobs that strengthen regional communities,” he said.

More than 590 site inductions for workers were undertaken during the construction phase with just over 60 contracts placed for goods and services. The Wide Bay region and Southeast Queensland were the big winners with 55 contracts accounting for 98 per cent of the project spend.

When fully operational in 2022 the plant will have the capacity to produce 30,000 shell cases per year with a workforce of up to 100] from line supervisors, skilled operators, maintenance staff, labourers and apprentices.

Australia currently imports artillery shell cases from overseas for use by the Army in both training and combat.

“From concept to completion, it’s been two years, so it is very exciting to see the end result. It is a magnificent-looking building, and we can all be proud of this,” Mr Nioa said.

“RNM is committed to playing a key role as regional economies recover from the pandemic while producing the best equipment for the ADF and supporting government at all levels in their endeavours to create new domestic manufacturing opportunities in the defence sector.”

“We are delighted to reach this significant milestone,” Mr Koehne said. “’Together with our long-term partners at NIOA we are a step closer to developing a highly qualified local workforce, capable of producing world-leading munitions.”

Rheinmetall NIOA Munitions Project Manager Jeff Crabtree said the building completion was a “fantastic achievement” by the whole team. The next stage will be the factory fit-out, followed by the commissioning, then first article production, commencing early 2022. 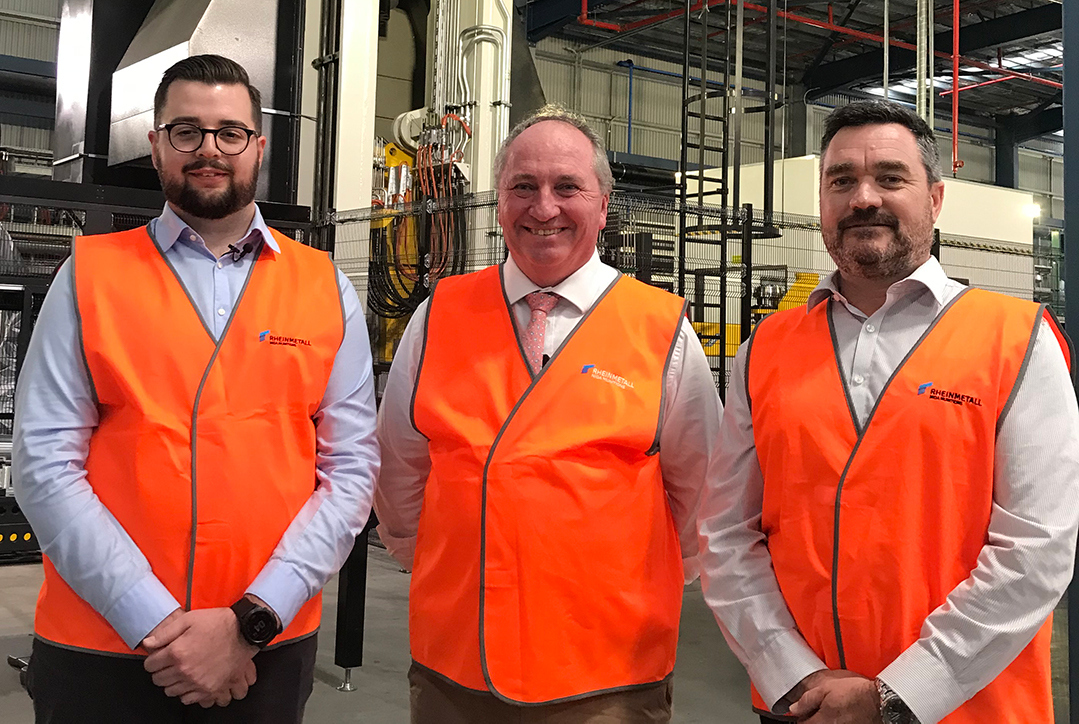