NIOA is pleased to announce former Defence Minister Hon Christopher Pyne as chairman of the company’s inaugural Advisory Board.

The board’s mission will be to support NIOA’s executive team, advising on industry trends, providing insights and thought leadership, as well as identifying business development and strategic growth opportunities.

NIOA Chief Executive Officer, Robert Nioa said Mr Pyne’s appointment rounded off an impressive group of individuals who would bring tremendous personal qualities and unique skillsets to the company at an important time in its growth.

Australian-owned NIOA is one of the largest suppliers of non-guided munitions to the ADF.  It recently took up tenancy at the Australian Government-owned munitions factory at Benalla in Victoria and has formed a joint venture with Rheinmetall Waffe Munitions GmbH to produce 155mm artillery shells at a soon-to-be-completed plant in Maryborough, Queensland.

The Brisbane-based company recently won Stage 1 of Tranche 1 of the multi-billion dollar contract to run the LAND 159 Lethality Systems Project which over the next decade will replace 26 weapon systems used by Australian soldiers.

‘’NIOA is delighted Christopher has accepted this opportunity at an important time for the company and the future of Australia’s sovereign military capability,’’ Mr Nioa said.

‘’As the Minister for Defence, he led Australia’s defence industry through a period of unprecedented growth and change.

‘’Having served his community as the local federal member for more than two-and-a-half decades he has a deep understanding of the importance of strong sovereign industrial capability in the broader economy and what that means to jobs for Australians.

‘’Christopher’s perspective will complement the extensive knowledge, skills and chemistry of our existing board members as NIOA continues to deliver for its customers across defence, law enforcement and commercial markets.’’

Mr Pyne said he was honoured to be appointed to chair the board of an Australian-owned family company at the forefront of the domestic defence industry.

‘’NIOA is an exciting company on the cusp of a huge future while staying true to the values of its past, and respecting the traditions of our defence forces,’’ he said.

‘’I believe in its mission and have admired how Rob and the team have built a record of proven success over many decades.

‘’I hope I can contribute to that success and look forward to working with my fellow board members, and the NIOA leadership group at a pivotal time for the company and the industry in general.’’

Mr Pyne was a minister in the Howard, Abbott, Turnbull and Morrison governments, holding various portfolios including ageing, education, industry innovation and science, and defence.

As Defence Minister he oversaw a $200 billion build-up of Australia’s military capability - the largest in the nation’s peacetime history.

The married father of four was the Liberal Party Member for Sturt, in Adelaide, from 1993 until his retirement last year. 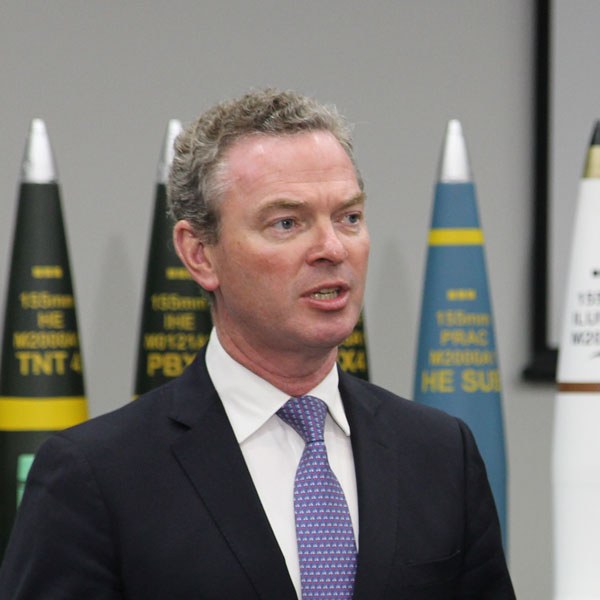