INDUSTRY ON CUSP OF NEXT DEFENCE CAPABILITY BOOM

An emerging defence industry capability could create thousands of high-tech jobs and rake in billions for the economy by 2040.

That’s one of the key takeouts from a forum in Brisbane on Friday to discuss potential opportunities around the Australian Government’s guided missiles program.

The event, co-hosted by the Australian Missile Corporation and Queensland Defence Science Alliance, attracted more than 90 industry stakeholders, including defence experts, businesses and academics, at NIOA’s headquarters while hundreds more logged into the livestream.

Australia currently imports precision weapons from strategic partners such as the US, but stakeholders at Friday’s session are confident the in-country capability exists to manufacture them here.

As Australia responds to rising tensions in the Indo-Pacfic, the Commonwealth Government has committed $270 billion over the next decade to bolster Australia’s defence forces, including high-tech submarines, new fighter jets, hypersonic weapons, and advanced munitions.

This includes $1 billion for Defence to accelerate a domestic missile manufacturing industry.

The Guided Weapons and Explosive Ordnance (GWEO) enterprise industry partner will be responsible for manufacturing, R&D, test and evaluations, maintenance, storage and distribution.

“Today is about stimulating those potential opportunities to ensure the economic benefits remain on Australian soil, along with the control of this enterprise that is so important to Australia’s future national security interests.’’

The company made national headlines last week, launching a fully Australian-made rocket from its test site near Goondiwindi in southern Queensland.

“We talk publicly a lot about space but be in no doubt this technology is dual-use – it fits seamlessly into GWEO requirements for propulsion,’’ Mr Nikolic said.

‘’We have partnered with the AMC because we want to be part of a sovereign solution – to make everything here that is required to meet the requirements of the GWEO enterprise.’’

Dr Ken Anderson, who headed up the Defence Science and Technology Group’s Aerospace Division, said Australia had a proven track record in R&D and innovation.

“We have an opportunity with the GWEO to participate in a whole range of weapons systems where we have the balance, the depth and the skills to be able to make a difference,’’ he said.

“You only have to look at successful cases such as the Nulka, based on a hovering rocket system that was designed, built, tested and manufactured here, and exported overseas.

“So Australia clearly has the capabilities, it is just a matter of matching our skills and initiative to the opportunities in the Defence budget.’’

But while there was enormous opportunity, Dr Anderson and his former DTSG colleague Professor Allan Paull agreed a high-tech workforce skills plan was essential to maximise that opportunity – and engaging academia was key.

“If you really want to develop a sovereign capability here you are going to need people – people who are quite specialised,’’ said Prof Paull, who co-developed the Australian Program Office for Hypersonics (APOAH).

“What happens to many of our people who graduate from universities is they go into other industries. Defence needs the next generation of ideas.’’

Maj-Gen (Ret’d) Gus McLachlan, who headed the Australian Army’s modernisation program during a 37-year career in the military, said the geo-political environment and supply chain disruptions during COVID dictated that haste was paramount.

“We have a much more dynamic global security situation, particularly in our region - we need to move quickly,’’ said Maj-Gen McLachlan who has been tasked by NIOA to mobilise the AMC.

‘’The Australian and US governments have recognised that simply buying guided weapons from the US and other partners will not meet the requirements of our nation in a more challenged setting.

“The AMC has been formed to give government and Defence options to move quickly to solve some of these needs.’’

The AMC has linked up with more than 300 world-leading defence and aerospace partners and recently issued a nationwide call for expressions of interest for a range of key roles from guided weapons engineers to project managers.

Robert Nioa, CEO of NIOA and the AMC, said the AMC was ready to ramp up in all facets of missile and guided weapons manufacturing.

“The AMC has spent recent months building our capability, linking up with more than 300 partners – many of whom participated in this forum,’’ he said.

“Defence re-industrialisation is in the spotlight at the moment for valid reasons. We see it as an important strategic goal for our nation and the guided missile program represents an opportunity for industry and academia to work with government to progress this ambition.’’

The AMC is a wholly owned subsidiary of NIOA - the largest Australian-owned supplier of weapons and munitions to the Australian Defence Force. 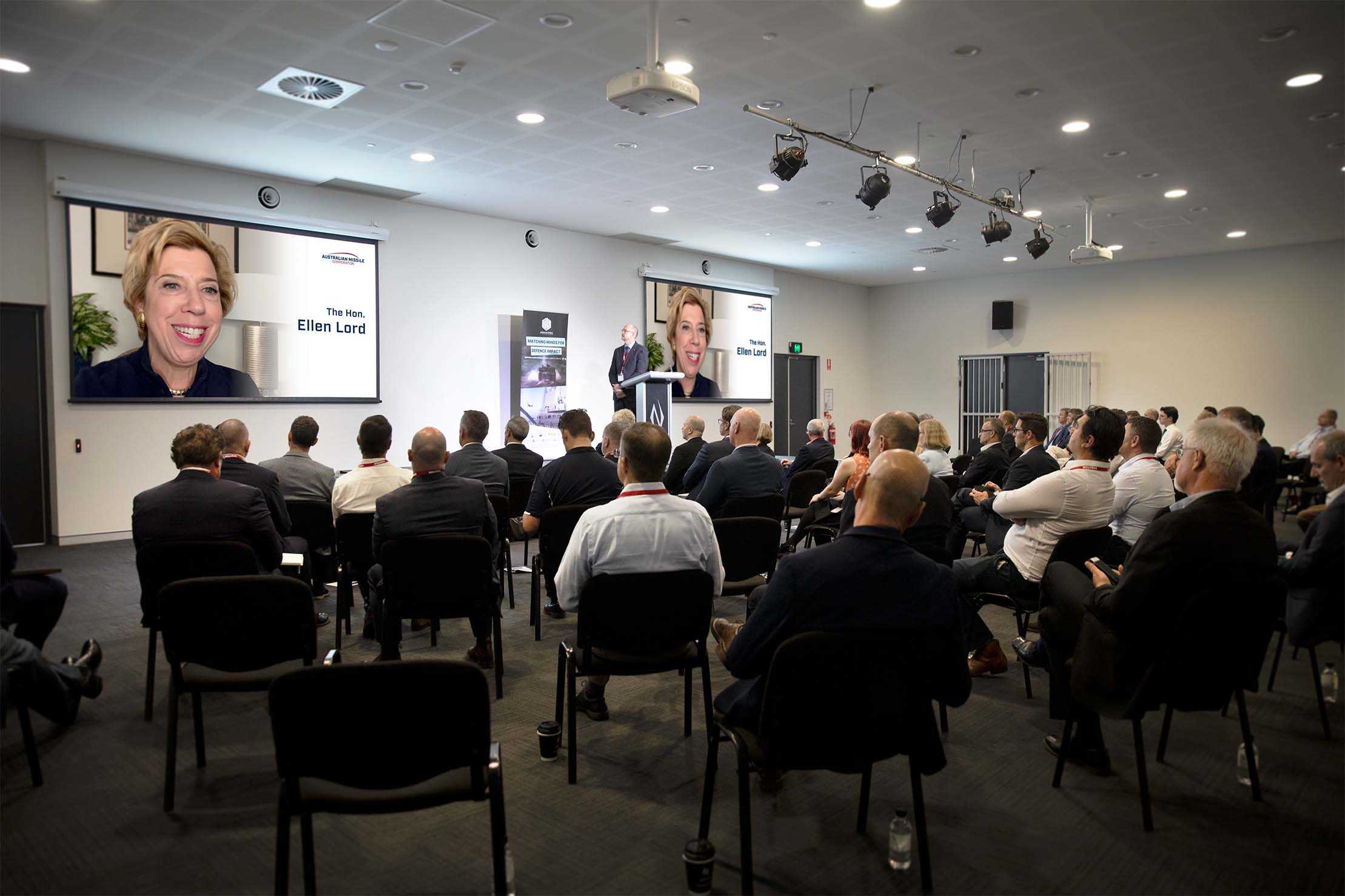 Defence industry stakeholders were told the GWEO enterprise is a potential gamechanger for in-country capability at the AMC, QDSA information session at NIOA’s Brisbane headquarters on Friday. 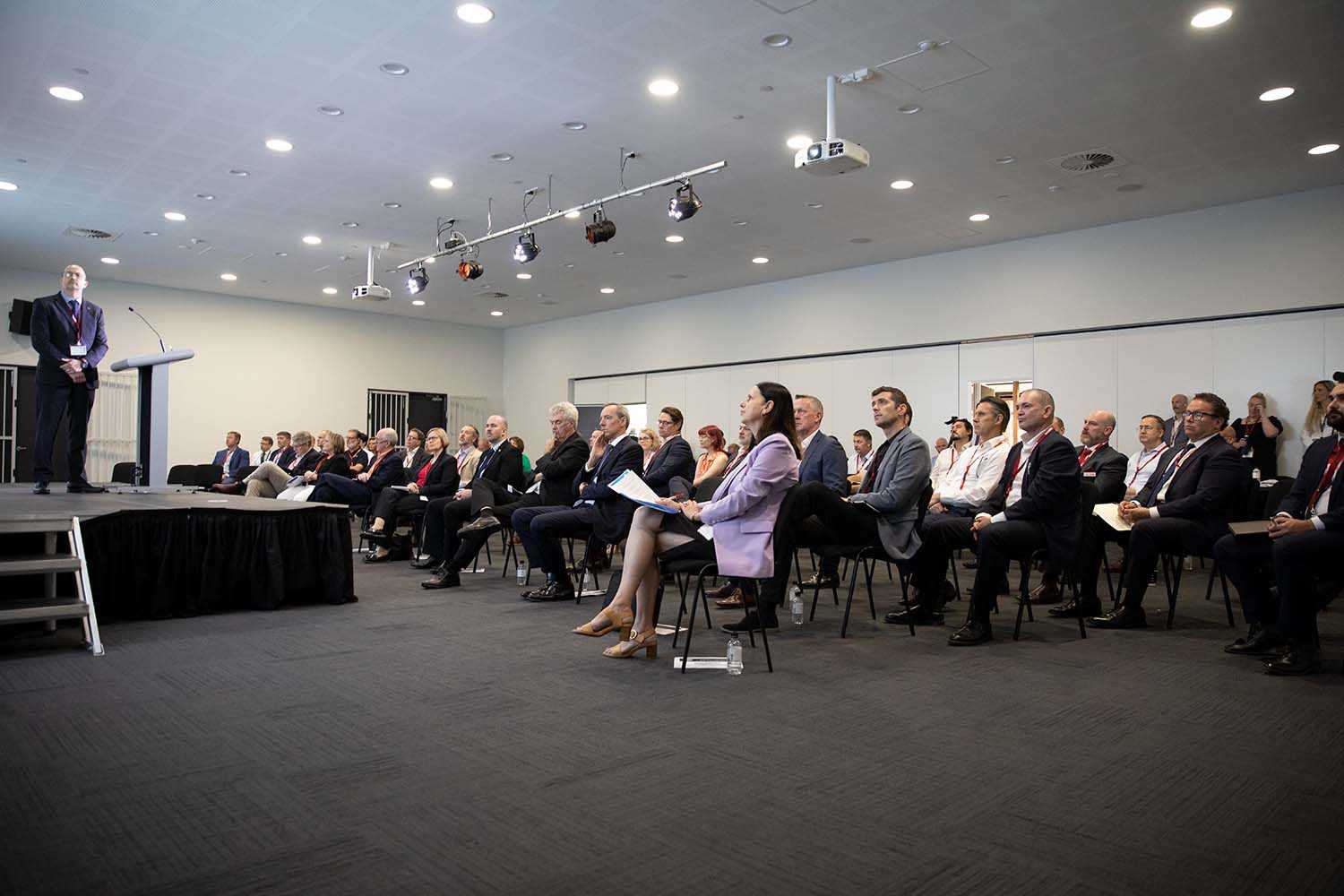 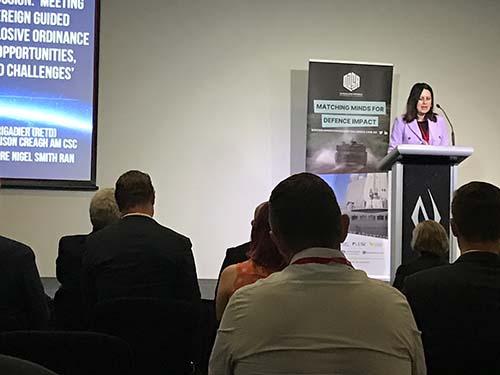 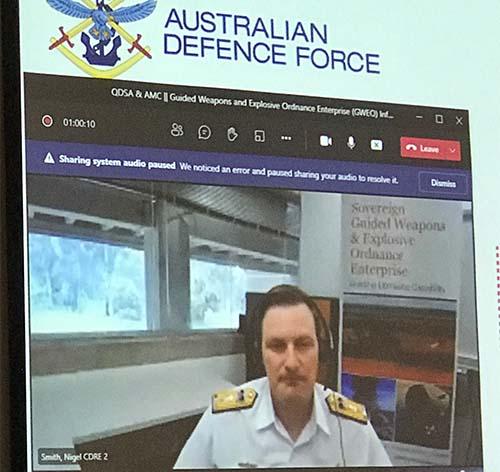 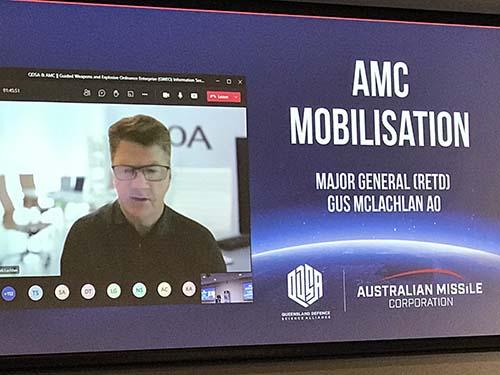 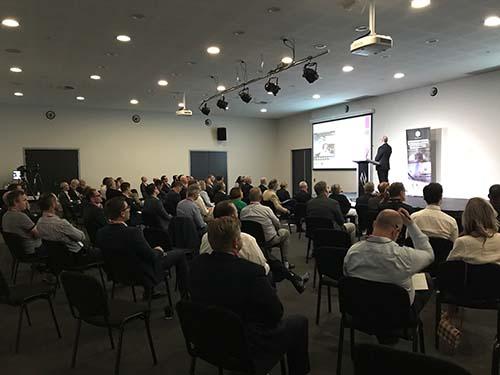