The Hon. Ellen Lord has more than three decades’ experience in industry and government including her tenure as the US Under Secretary of Defense for Acquisition and Sustainment. Ms Lord left the service of the US Government earlier this year to establish EML Enterprises, LLC, which advises clients on the intersection of business and national security.

The board supports NIOA’s executive team, providing insights and oversight of its subsidiaries and advising on industry trends, as well as identifying business development and strategic growth opportunities.

NIOA Chief Executive Officer, Robert Nioa said the Hon. Ellen Lord’s appointment added to the unique skillsets that provide the company with global, cutting-edge expertise at an important time in its growth.

“NIOA is delighted Ellen has accepted this opportunity at an important time for the company and the future of Australia’s sovereign military capability,” Mr Nioa said.

“Ellen’s appointment reflects NIOA’s status and expansion plans in both the USA and Australia. Ellen is internationally respected, having run the largest sovereign defence enterprise in the world along with her significant achievements outside of government, enabling her to provide oversight and experience that will help NIOA and its subsidiaries chart a sustainable growth path.”

Ms Lord said she was looking forward to joining the Advisory Board and its established members with experience across military operations, government and industry.

“I work at the intersection of industry and government in defence and aerospace, specialising in ways in which products and services are successfully engaged by government,” Ms Lord said.

“NIOA has established a reputation as a trusted partner for governments, showcasing a commitment to excellence and to the highest standards possible. I look forward to assisting NIOA’s continued growth and innovation.”

Australian-owned NIOA is one of the largest suppliers of non-guided munitions to the Australian Defence Force. NIOA has tenancy at the Australian Government-owned munitions factory at Benalla in Victoria and has formed a joint venture with Rheinmetall to produce 155mm artillery shells in Maryborough, Queensland. The Brisbane-based NIOA recently won Stage 1 of the multi-billion dollar contract to run the LAND 159 Lethality Systems Project which over the next decade will replace 26 weapons used by Australian soldiers.

Mr Pyne said he was honoured to lead an Advisory Board that welcomes members of the calibre of the Hon. Ellen Lord.

“NIOA is an exciting Australian-owned family company on the cusp of a huge future while staying true to the values of its past, and respecting the traditions of our defence forces,” Mr Pyne said.

“Ellen will bring immense depth and experience to NIOA at an exciting time for the company and the industry in general.”

Until January 2021, Ms Lord led the US Department of Defense’s personnel, policy and processes for acquisition of products and services, lifecycle sustainment and the security and resiliency of the defense industrial base. Ms Lord is credited in her government work for driving significant acquisition policy change focused on simplicity and speed.

Ms Lord is the former Vice Chairman of the National Defense Industrial Association and served as Director of the US-India Business Council and on a taskforce guiding a Center for a New American Security project to examine key technological trends and challenges facing the global defense industry. 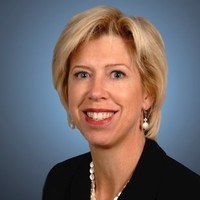