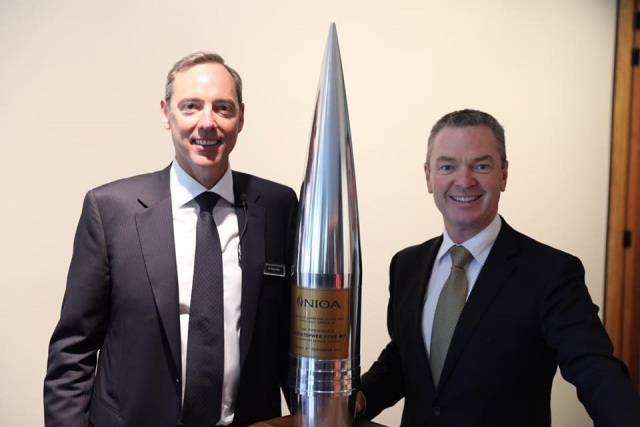 Minister for Defence Industry, the Hon Christopher Pyne MP, today congratulated NIOA on the opening of their new office in Brindabella Park, Canberra.

“The growing success of this Australian business and the opening of their Canberra office, represents a new chapter in NIOA’s development,” Minister Pyne said.

“As I recently announced, NIOA has been awarded a major contract to supply more than 30 different munitions, ranging from small arms to 120mm M1A1 Abrams tank ammunition, to the Australian Defence Force over the next five years.”

“NIOA has been a supplier of munitions for many years and this latest contract is initially valued at $95 million with a potential 15 year extension.”

“NIOA’s global supply arrangement means our military will use the latest technology, while creating Australian jobs.”