DEFENCE manufacturing in regional Victoria is on the cusp of a new era as NIOA begins an extensive refurbishment within its tenancy area at the Commonwealth Government owned munitions factory in Benalla.

The leading Australian-owned defence prime recently took up a 10-year co-tenancy at the Benalla munitions factory aimed at producing munitions for the Australian Defence Force and for export.

NIOA CEO Robert Nioa said early works had now begun to refurbish buildings at the Yarrawonga Rd factory to provide a permanent headquarters for the company on site. The NIOA tenancy will eventually create up to 100 advanced manufacturing jobs for the region.

The $2m upgrade; designed by International award-winning Architects KIRK and being led by Schiavello Construction, is expected to take three months with up to 15 contractors on site each day, the majority from the local area and Melbourne.

Planning for the project has been in the pipeline since 2018 when NIOA carried out work to upgrade the ADF’s 84mm Carl Gustav inventory on the site.

As part of its vision to become a top 10 global munitions exporter, that same year the company purchased a 121-hectare adjacent parcel of industrial zoned land.

‘’Defence is an industry that the federal government has identified as one of six strategically important National Manufacturing Priorities within a broader Modern Manufacturing Strategy as the economy recovers from the Coronavirus pandemic,’’ Mr Nioa said. ‘’Projects such as this at Benalla generate jobs now and into the future and NIOA wants regional communities to be part of every step of the journey.’’

The Benalla project is part of a $130m capital investment in domestic munitions and explosives manufacturing by NIOA over the next five years which includes the construction of a $60m artillery shell forging plant in Maryborough, Queensland with NIOA’s joint-venture partner Rheinmetall Waffe Munition GmbH and an $11m expansion of NIOA’s Brisbane warehouse and distribution facility.

The company recently secured Stage 1 of Tranche 1 of the LAND 159 program, a program which will replace and modernise the Army’s soldier combat weapons systems. In 2017 / 2018 it was awarded the $95m Major Munitions Contract and the $100m LAND 17 – 1C.2 Future Artillery Ammunition contract.

‘’NIOA is proud to invest in projects that strengthen and grow Australia’s sovereign industrial capability,’’ Mr Nioa said. ‘’Benalla is a key part of some exciting opportunities over the next decade that will harness local skills and knowledge.’’ 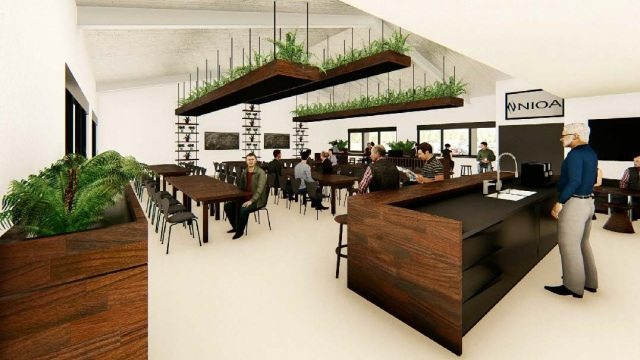