The company has confirmed a six-figure, three-year sponsorship agreement which includes branding at signature Queensland Legacy events such as the annual gala dinner in Brisbane, the Canungra Combat Challenge (C3) and Run Army.

Last year the charity was forced to sell its South Brisbane headquarters as the COVID-19 pandemic left a $1.4 million hole in the bottom line because volunteers could not collect donations.

NIOA CEO Robert Nioa said NIOA was honoured to partner with Legacy in its mission of giving back to the loved ones of Diggers who had given so much in service of their country.

Founded in 1973, NIOA has grown from modest beginnings in regional Queensland to become the biggest Australian-owned supplier of weapons, munitions and technical support to the Australian Defence Force.

“The mission of Legacy resonates with all Australians, particularly for those who are involved in defence industry and supporting our servicemen and women,’’ Mr Nioa said.

“The ADF is a part of NIOA’s DNA, whether that is equipping our Diggers with the best equipment to do their jobs safely and effectively or employing veterans across our company.

“We see this partnership as a way we can support the extended defence community and those in greatest need.’’

Legacy Brisbane CEO Brendan Cox said: “It’s wonderful to have the support of a Queensland-owned family business such as NIOA.

“We needed a helping hand after a tough couple of years due to the financial impact of the coronavirus.

“This partnership will help Legacy continue to provide a range of health and social benefits, underpinning our pledge to look after the dependants of our fallen or incapacitated veterans.’’

Navy widow Rebecca Beckwith said she would never forget how Legacy was there for her family after the death of her husband Peter in 2007.

“I was 31, I had a four-year-old son and a seven-and-a-half-month-old daughter and I was burying my husband,’’ she said. “Legacy put me in touch with other young widows who knew exactly where I was at that stage in my life and they were a tremendous support for my kids and I.’’ 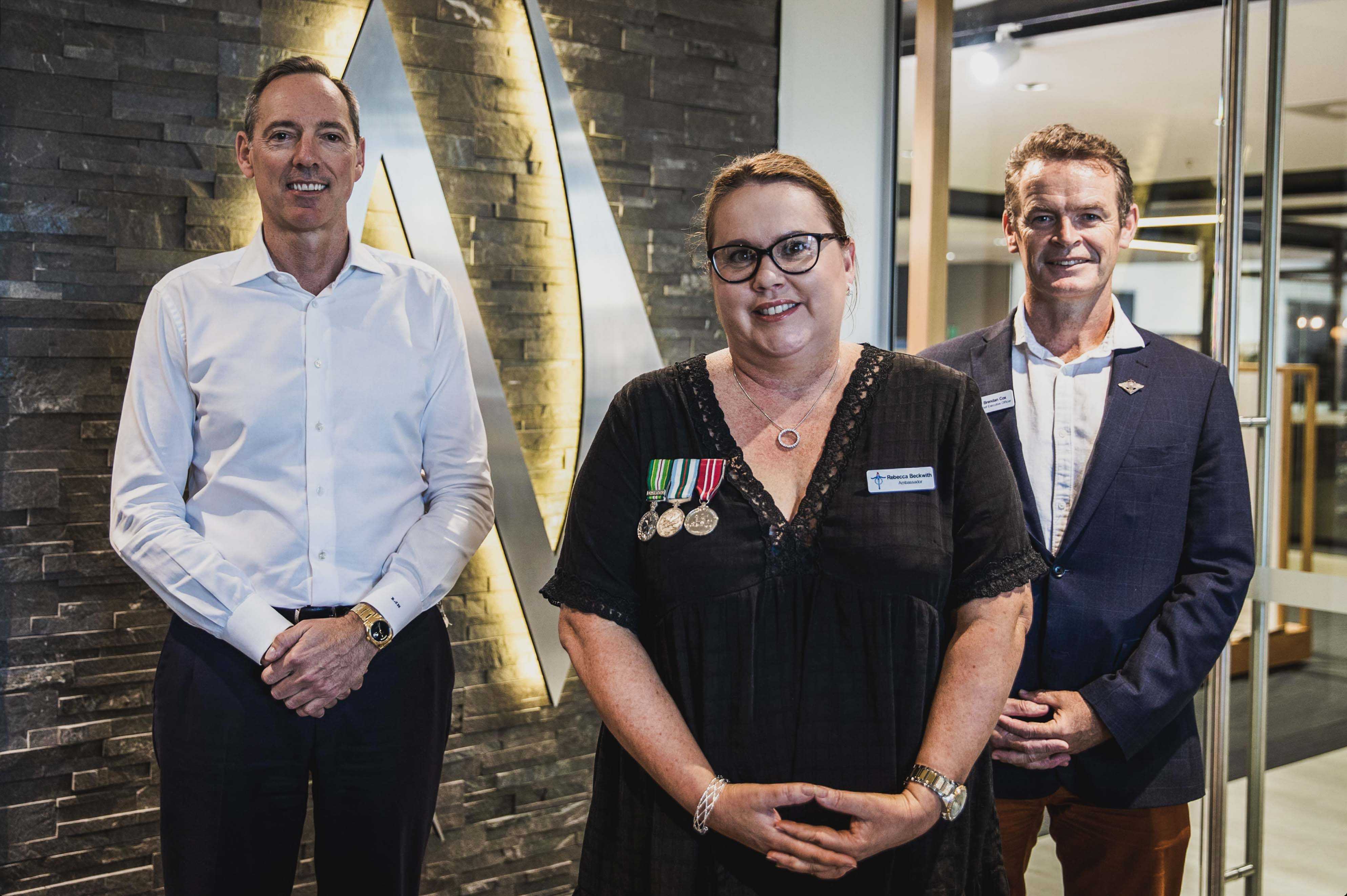 NIOA CEO Robert Nioa and Legacy Brisbane CEO Brendan Cox announce the new partnership along with Navy widow Rebecca Beckwith who says Legacy was there for her family in their hour of need.