NIOA is proud to have been selected to deliver the first stage of a major weapons upgrade for the Australian Defence Force.

Defence Minister Peter Dutton today confirmed that the work carried out by NIOA and the many suppliers we engaged under Tranche 1 of the LAND 159 Lethality System project has ensured that the ADF will acquire the best available weapon systems.

The multi-million dollar multi-decade project will generate 29 long-term jobs, primarily in Brisbane where NIOA has a purpose-built technical and testing centre, including an indoor firing range.

It is a major fillip for the Australian-owned company which has expanded at a phenomenal rate over recent years to become the largest Australian supplier of firearms, weapons and ammunition.

NIOA CEO Robert Nioa said today’s announcement at the company’s Brisbane headquarters was a tremendous endorsement of an Australian prime contractor which would result in the best equipment for the ADF while creating jobs.

“NIOA is proud to play such a significant role in the support of our defence forces,” Mr Nioa said.

“We have been collaborating with the Commonwealth on this program for two years and in the middle of a global pandemic.

“It’s been a demanding schedule. Today is a momentous occasion and we are absolutely thrilled with the announcement for this important stage of the LAND 159 project.

“Our rigorous best of breed approach combined with our technical expertise and market knowledge mean our warfighters can be confident that they will have the very best equipment to do their jobs safely and effectively.”

“In collaboration with the Commonwealth our dedicated team put hundreds of products through the most rigorous test and evaluation process to make the most robust recommendations to enable Defence to select the best weapon systems,” he said.

“This demonstrates again that at NIOA we have the people, infrastructure and capability to provide complex weapon system integration and deliver solutions for the ADF.”

From modest beginnings in regional Queensland in 1973, today NIOA has 170 staff with offices and operations in Brisbane, Canberra, Melbourne, Benalla, Lithgow, New Zealand and the United States.

The announcement today is in addition to existing NIOA munitions contracts including the LAND 17 - 1C.2 Future Artillery Ammunition, LAND 400 Phase 2 Combat Reconnaissance Vehicles and more than 50 other strategic munitions for dismounted combatants.

The company is separately in a joint venture partner with Rheinmetall in a $60m artillery shell forging plant in Maryborough, Queensland which will come online later this year. The state-of-the-art factory will produce the world’s most technically advanced 155mm artillery and mortar projectiles.

NIOA has also sounded its intention to build a $50 million small arms factory in either Brisbane, Lithgow, New South Wales, or Benalla, Victoria. 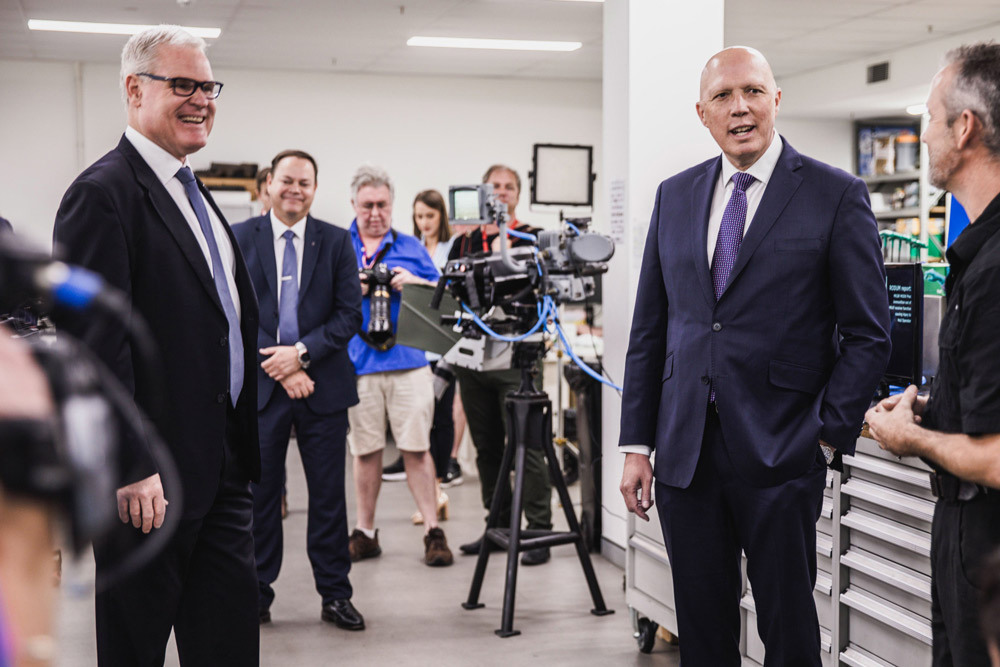