PM touches down in Maryborough to visit RNM plant.

Construction of Rheinmetall NIOA Munitions’ (RNM) $60m 7000sqm advanced shell forging plant is only months away from completion, ready for the fit-out and commissioning by the middle of this year. Rheinmetall holds a 51% stake in RNM, with NIOA holding 49%.

When fully operational it will produce 30,000 artillery shells for the Australian Defence Force, as well as global exports to the German Army, creating up to 100 new advanced manufacturing jobs for the region.

The Prime Minister’s Fraser Coast visit comes off the back of the Federal Government’s announcement last July that it will spend $270b on defence over the next decade aimed at ‘’protecting and building Australia’s future’’ in a world where ‘’the risk of miscalculation – and even conflict – is heightening’’.

The 2020 Strategic Defence Update included a commitment by Canberra to invest in Australia’s defence industries.

The Federal Government provided a $28.5m injection to the project from its Regional Growth Fund.

''It's a great honour to have the Prime Minister here. It not only speaks volumes for the strategic importance of the defence industry but also how vital this factory is to transitioning the local economy into new and advanced manufacturing opportunities, ensuring jobs, skills and trades stay in the Fraser Coast region,'' Mr Nioa said.

''Rheinmetall is known worldwide for advanced manufacturing and chose Maryborough over a number of other cities and regions,'' he said. ''The level of expertise, skills and precision that this facility will have not only creates a spotlight on Maryborough as a hub of cutting-edge technology but will enhance the reputation of Australia in the global supply chain.''

Munitions and small arms research, design, development and manufacture have been identified as one of the federal government’s top 10 Sovereign Industrial Capability Priorities.

The Maryborough project has had multi-level government support with the Queensland State Government providing backing through the Jobs and Regional Growth Fund as well the Fraser Coast Regional Council lending their support for the Project.` 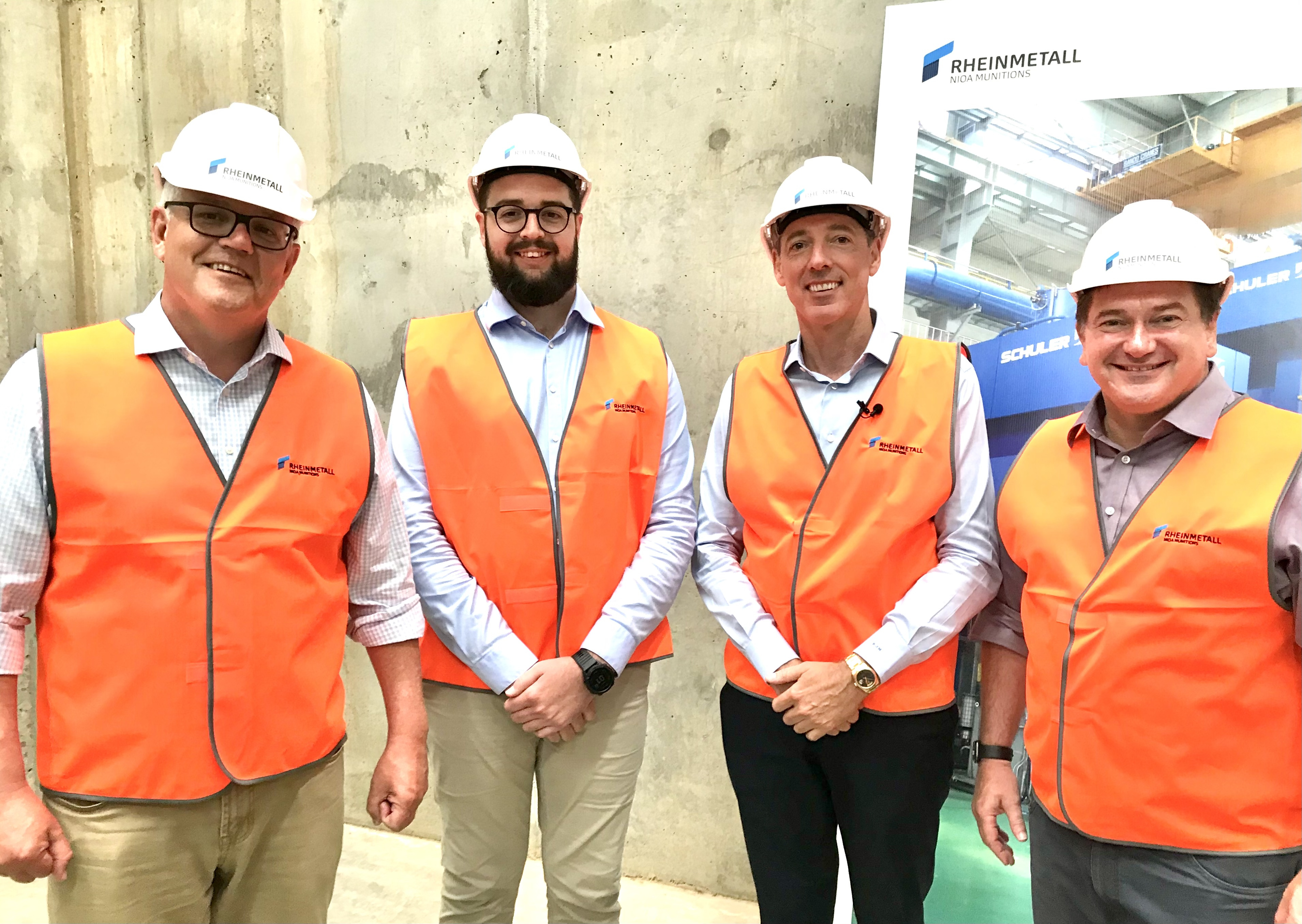