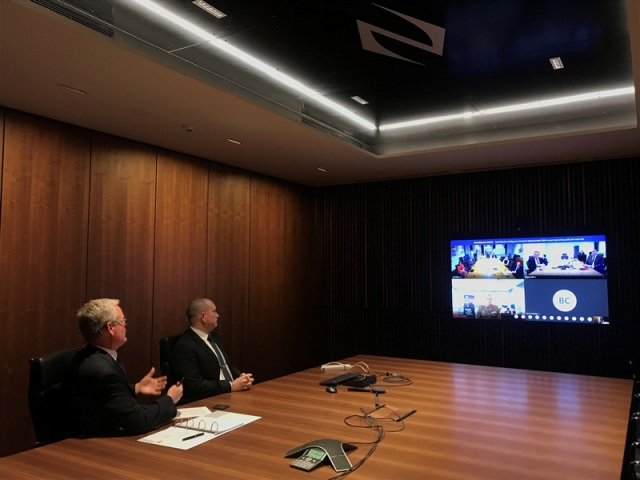 A Queensland firm has won the first stage of the LAND 159 Lethality Systems Project that will replace and modernise 26 weapons systems used by the Australian Defence Force.

NIOA secured the first stage contract through a competitive tender process to fit out the Australian soldier of the future under an initial $7m deal announced by the Federal Government.

The project, to be delivered in three tranches over the next decade, will equip the men and women of the ADF with next-generation pistols, assault rifles, machine guns, sniper rifles, direct fire support weapons and munitions.

Brisbane is NIOA’s Australian base for research and development, engineering, testing and maintenance at its 8000sqm Eagle Farm headquarters.

Subject to business case approval, some of the ammunition for the program will be manufactured at the Commonwealth Government-owned Benalla plant in regional Victoria where NIOA has a co-tenancy, while project offices have been set up in Melbourne and Canberra.

Munitions and small arms research, design, development and manufacture have been identified as one of the government’s top 10 Sovereign Industrial Capability Priorities.

NIOA’s weapons business started in the retail sporting shooters market in the early 1970’s before transitioning to a wholesaler of weapons and ammunition to the commercial, law enforcement and Defence markets.

“For NIOA, the LAND 159 program is all about the next generation in every way,” Robert Nioa said.

“The work of these young men and women will be entrusted to us by their families and the nation. Their safety, and their ability to successfully complete their missions is of the utmost importance and NIOA will play a role in ensuring that they have the best equipment possible.’’

Central to the successful NIOA bid was the engagement of Australian businesses in the supply chain underpinned by a longer-term vision to become a global exporter to allied defence forces around the world.

“The benefits of this program are expected to reverberate through the whole economy for decades to come,” he said. “This is the largest ever small arms replenishment program for the ADF and NIOA is very proud to be selected after a competitive tender process.

“Australian industry participation and collaboration is embedded in our strategy. What that means is that for the life of the program the ownership, the intellectual property, the jobs, the skills, the investment, the profits and the control will remain within Australia.”

Earlier this month, NIOA took up a 10-year co-tenancy at the Benalla munitions plant, producing medium and large calibre rounds for the ADF.

The Benalla project is part of a $130m capital investment in domestic munitions and explosives manufacturing by NIOA over the next five years, including a $60m artillery shell forging plant in Maryborough (with Joint-venture partner Rheinmetall Waffe Munitions), that will create 100 jobs when it is operational in 2022.

“What this shows is that NIOA’s investment is not only delivering national defence capability but also regional manufacturing jobs that in turn helps communities flourish and grow,” Mr Nioa said.