Time to step up to forge AUKUS defence opportunities

Defence businesses have a once-in-a-generation chance to play an even greater role in Australia’s growing military capacity - but industry experts warn the demand signals need to start now.

Former Australian Defence Minister Christopher Pyne and international defence specialist Hon. Ellen Lord told a PwC Australia business event in Brisbane that both industry and government have to step up sooner rather than later to take advantage of the opportunities emerging from the historic AUKUS agreement.

Ms Lord, who oversaw hundreds of billions of dollars in weapons acquisitions for the United States as the Under Secretary of Defense for Acquisition and Sustainment, referenced the US industrial effort during World War II when American companies mobilised and re-tooled to create a wartime production behemoth.

“If you go back to World War II there’s a book that Arthur Herman, a colleague of mine, wrote called Freedom’s Forged about the US turning to industrial capability to build defence capability,” said Ms Lord who sits on the advisory board of Australian-owned munitions company NIOA.

“That led to the idea that national security and economic security are incredibly tied. The key is we need to get going.

“AUKUS is the policy umbrella, so the framework is there. That’s the opportunity here in Australia right now – and the capacity is here – it comes down to how do you go and execute.”

“The GWEO Enterprise is a way to operationalise this,” she said. “Everything that has been done up until now with the enterprise is necessary but not sufficient in terms of getting the US to work more with Australia.

“Australia needs to come back to the US with a clear ask: We need these particular weapons systems, the technical data packages and we need the human capital to come over and train.

“It is about (government) being very clear with the demand signal and what the expectations are.

“And industry has to say ‘here is the art of the possible: We are willing to invest in this if you put the demand out there for it…and by the way this can create jobs’.

“Now is the time to execute because Australia needs this for its national security and economic security.”

Mr Pyne, who as Defence Minister oversaw the biggest peacetime build-up of Australia’s military capability worth $200 billion, expects the incoming Commonwealth Government will “crack on” with the sovereign industrial capability priorities (SICPs).

“The (2016) Defence White Paper was the strategic framework,” he said. “Out of the White Paper came the Integrated Investment Program (IIP) which is like the shopping list of things the Defence Department and the government decided we need for our national security.

“The demand signal is what is on the IIP, and it’s a living document which means it changes and there is more money added to it. For instance the GWEO (enterprise) was added to it.

“If you want to know as a business in the defence industry where you should be focussing, it’s in the IIP.”

The first military aircraft to be designed, engineered and manufactured in Australian in more than 50 years will be assembled in Queensland.

“The government didn’t say ‘we want a UAV’. It was Boeing that said we can do this in Brisbane,” said Mr Pyne, who chairs NIOA’s advisory board.

“That is an example where government and industry can work together, and the demand signal came from industry.”

“Rheinmetall isn’t building CRVs at MILVEHCOE (at Ipswich, Queensland) because they thought that was better than building them in Germany - the same with the Hunter Class Frigates (in South Australia). It’s because that was the directive,” he said. 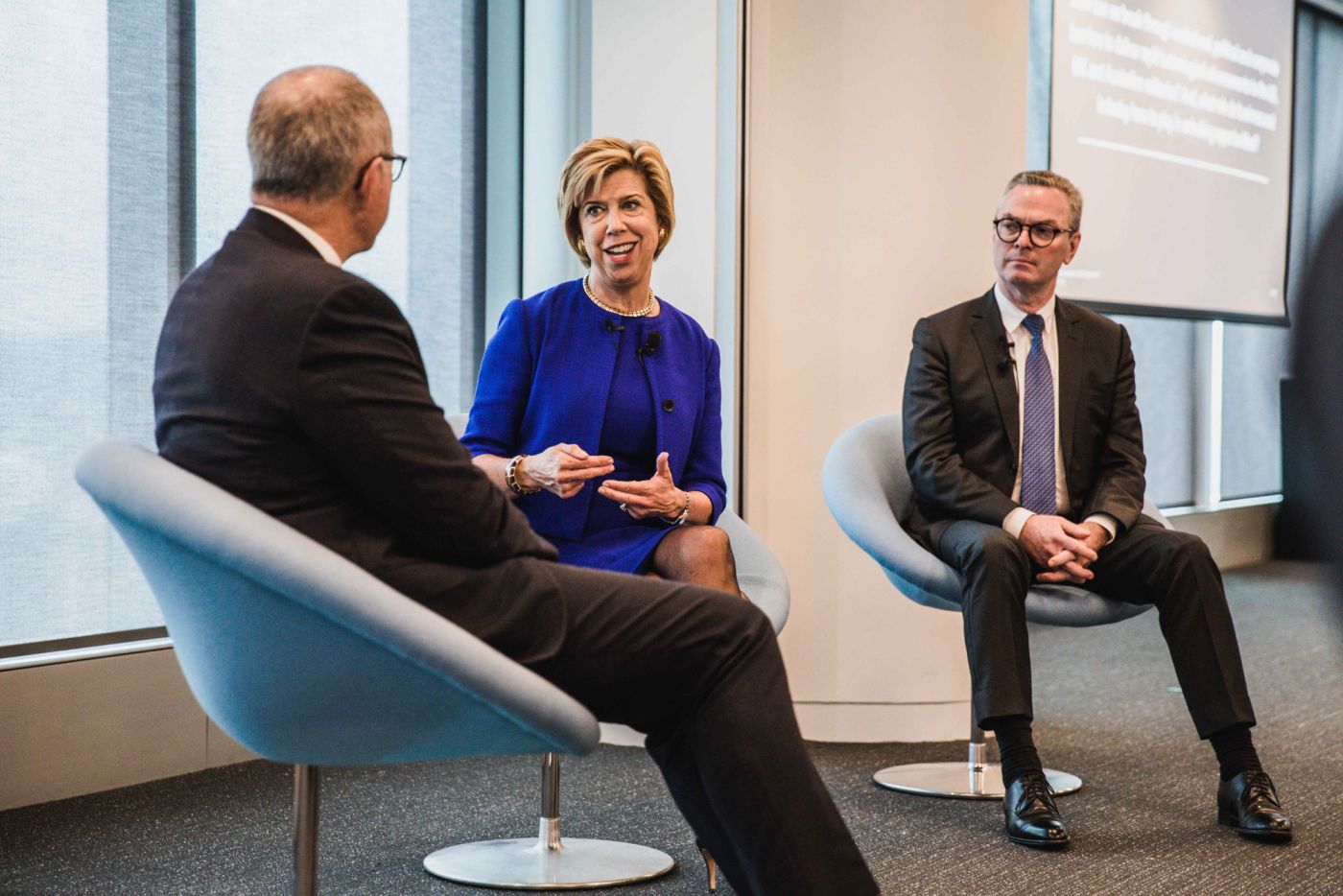